A beloved New York tradition has been given a 21 st century makeover by KiboWorks, which helped create a bigger, brighter yet more energy-efficient New Year´s Eve Ball, the illuminated orb symbolically lowered at the exact turn of the year in Times Square. The tradition dates back to 1907, but today´s giant Waterford crystal ball, boasts more than 32,000 LEDs and up to 4.3 billion possible color combinations for a kaleidoscope of hues, and is light years ahead in technology. The new Times Square Ball is double the diameter of the previous Ball at 12 feet wide and weighs 11,875 pounds.

It contains 672 LED modules comprising a total of 32,256 Philips Luxeon Rebel LEDs, more than triple the number used in its immediate predecessor. This makes it three times brighter though it uses twenty percent less energy. KiboWorks designed and developed the overall lighting system for the Ball, including the LED modules, power systems, and power and data distribution networks.

In addition, KiboWorks created custom optical reflectors which extract maximum light output, and an integrated thermal management system. For the first time, the Ball was designed to remain in place as a year round attraction on top of One Times Square, the building dubbed "the Crossroads of the World", so it has to weather New York´s snowy winters and humid summers. Extensive electrical, mechanical, thermal and environmental tests were performed to ensure long-term performance, aided by the thermal engineering system.

The Ball is covered in 2,688 Waterford crystals arranged in triangles to create a geodesic globe. The LEDs illuminating the crystals are under DMX control developed by KiboWorks and programmed by Focus Lighting to create spectacular theatrical effects and patterns that allow each facet of crystal to be viewed from the streets of Times Square 400 feet below. The Ball is made up of 2,688 modules, each with four individually addressable red, green, blue, and white (RGBW) pixels, which equates to a total of 10,752 RGBW individually addressable pixels. 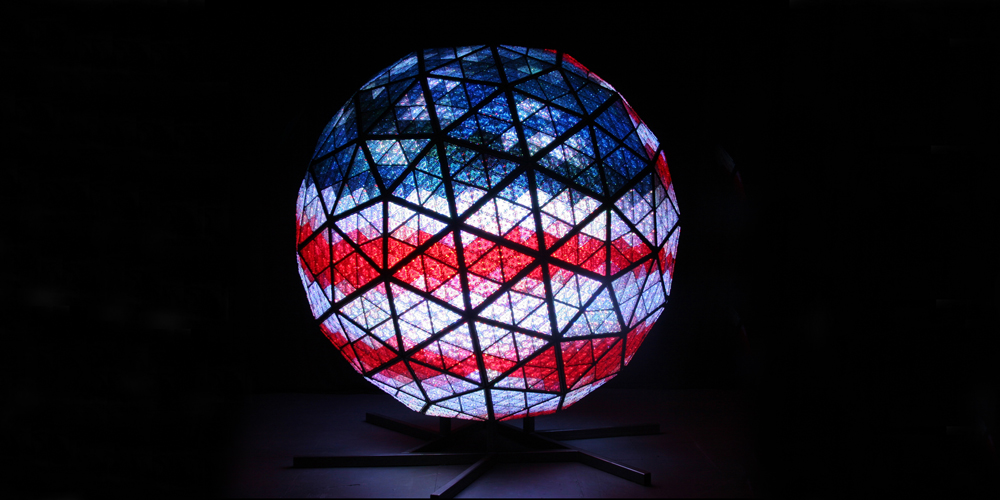 The brightest light at the crossroads to the world 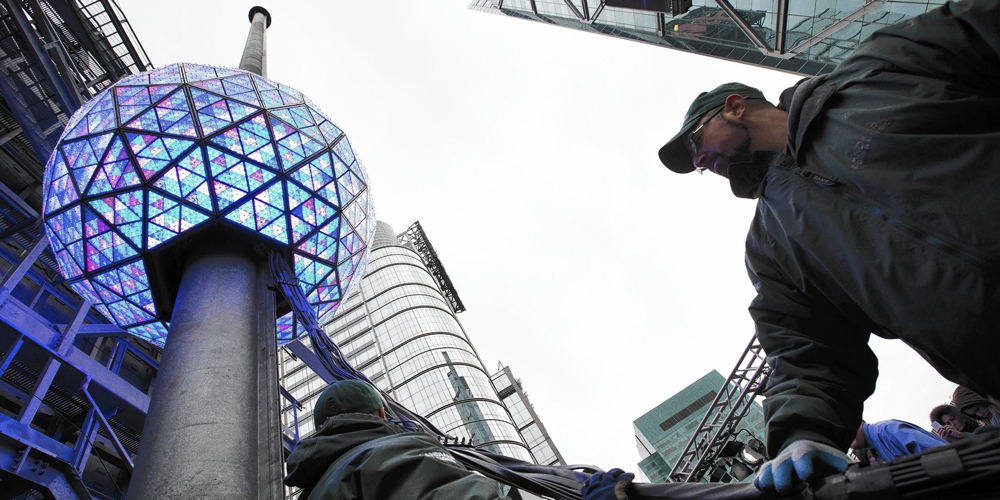 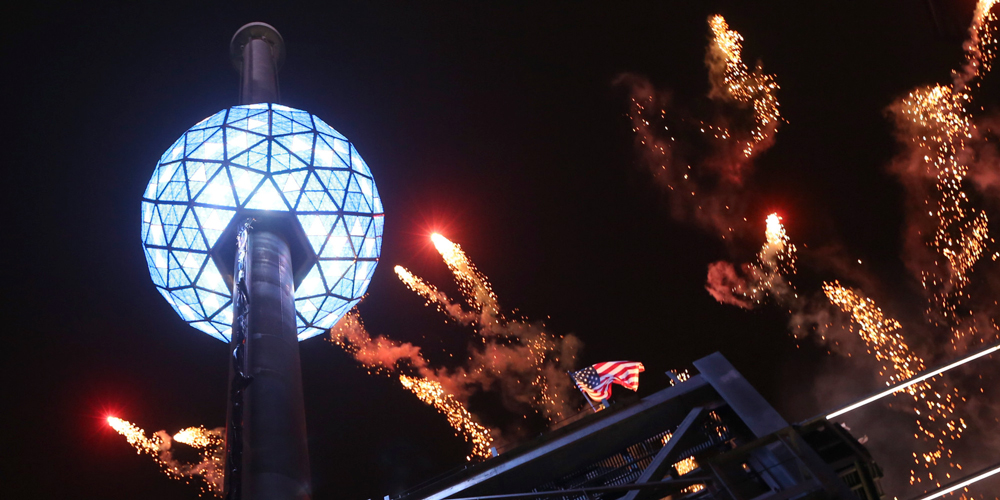 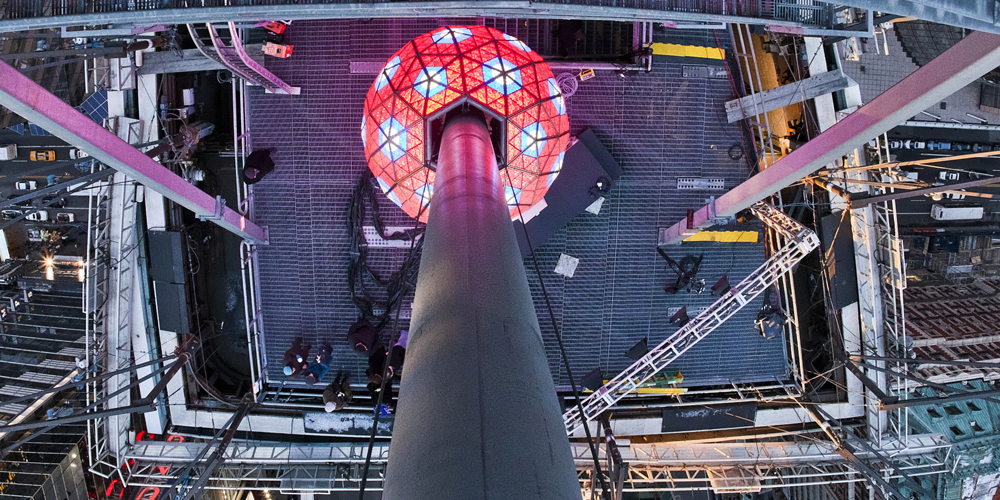 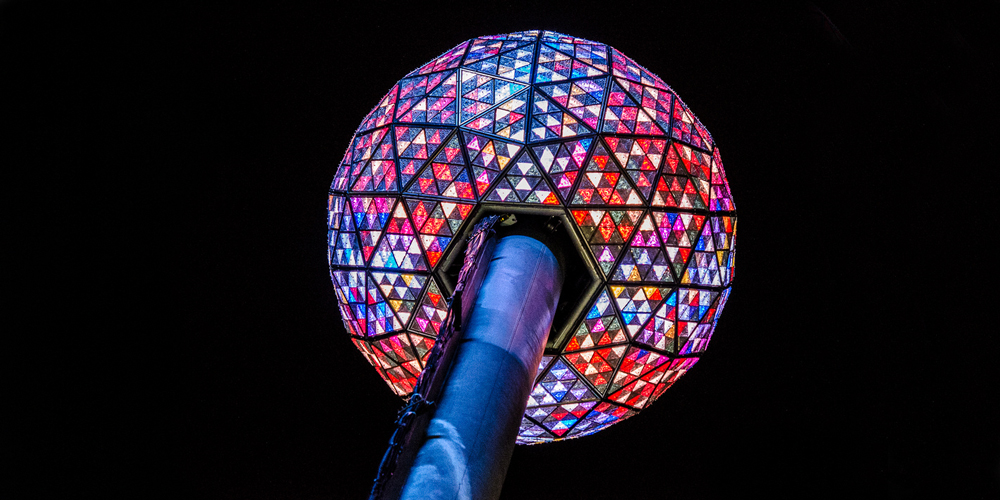