Since our award in 1995 for the most innovated lighting device, which also became known as the first serial computer controlled LED fixture shown at Light Fair International, our creative experienced team has designed, fabricated and installed the longest lived LED lighting projects around the world. Many of which have been in operation for over a decade. All of which require little to no maintenance or repairs and have products which will never become obsolete.

Why do you not know our name? We are often called "The Best Kept Secret". It is extremely important that architects, designers and prominent artists get the recognition for the creative spark which we have the great fortune to implement. Our team figures out how to make the Brush, Pigment and Canvas to make their vision work. You may be surprised at how many Illumination awards over the past few decades were implemented by this team. 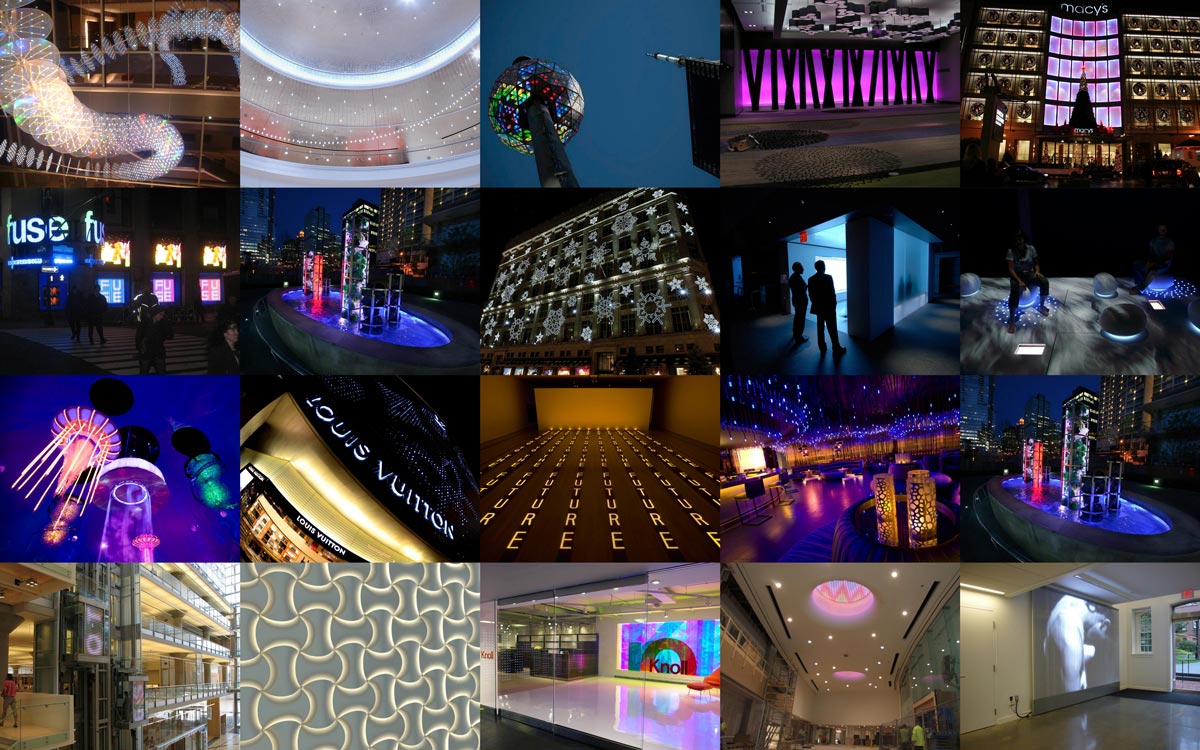