Creating an exterior that could stand out from the crowd on the Las Vegas strip was just one of a series of challenges presented by luxury luggage maker Louis Vuitton Malletier (LVM) when it opted to use video animation on the facades of the Louis Vuitton flagship store at the Crystals City Center in Las Vegas. The solution was a 25m x 25m (80´x80´) display on two stainless steel-clad facades of the building, part of the new Crystals shopping complex, which uses 4,600 pure white LEDs to create animated effects inspired by the dazzling glints of paparazzi camera flashes. KiboWorks formally of Lighting Science/LED Effects, based in Ranch Cordova, CA, provided site management, video content management, troubleshooting and final commissioning for the project, including the custom development of new drivers, LED mountings and troubleshooting firmware. KiboWorks also constructed LED modules with individually addressable LEDs, called "blinkrs" to achieve the camera flash effect.

The bold use of monochrome, with a cool color temperature of 5,700°K, in the context of Las Vegas´s multicolored glitz sets the store apart, showing sophistication and restraint without forsaking the drama and artistic excitement of the animation. For the display to be viewable from afar, the LEDs outdoor-rated Dynasty LEDs from CAO Group had to have an acute viewing angle. Each about the size of a pencil eraser, they are almost invisible on the facade, and have unusually high viewing angles of 360° on the horizontal and 275° on the vertical.

KiboWorks was the obvious choice given its past acheivments with other high profile fashion houses. Custom installations and complicated LED systems are our specialty, and KiboWorks really provided the team with a comfort level that this was going to be a successful installation. The wiring was installed after waterproofing the substrate wall but before hanging the panels. The lamps are threaded, and screwed into a socket for easy maintenance from the street side. As the daytime temperature on the steel surface can reach up to 180° F (80° C), KiboWorks consolidated the electronics into air-conditioned cabinets. The display itself only uses approximately 5,000W. 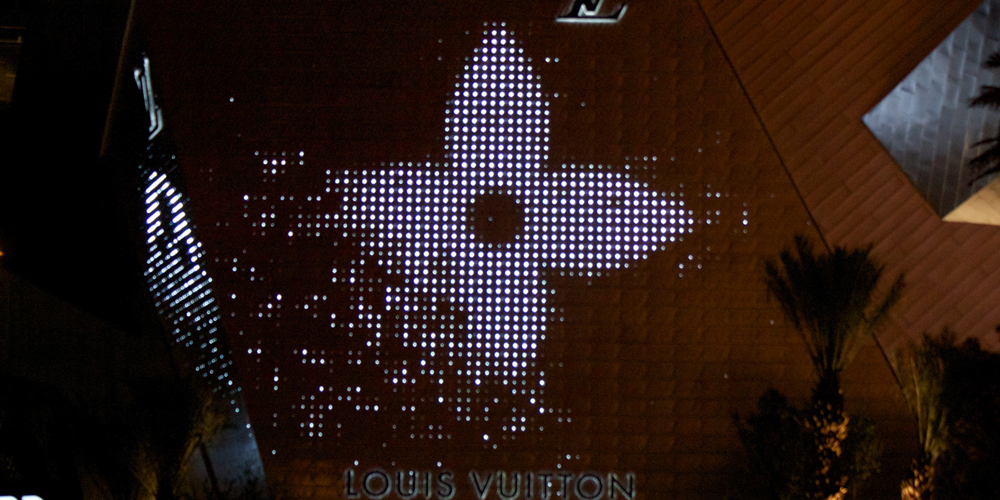 Beyond facade illumination and the next step in integrated media facades

The LED systew uses a 5 Watt fixture that connects with a facade socket linked directly to a central control system with individual constant current drivers. Kiboworks designed bespoke constant cuttent drivers to mitigate the voltage loss on the long cable runs from the central control system to the 4600 pixels on the outer facade. The characteristics of the bespoke constant current drivers also eliminated the need for any DMX data distribution. 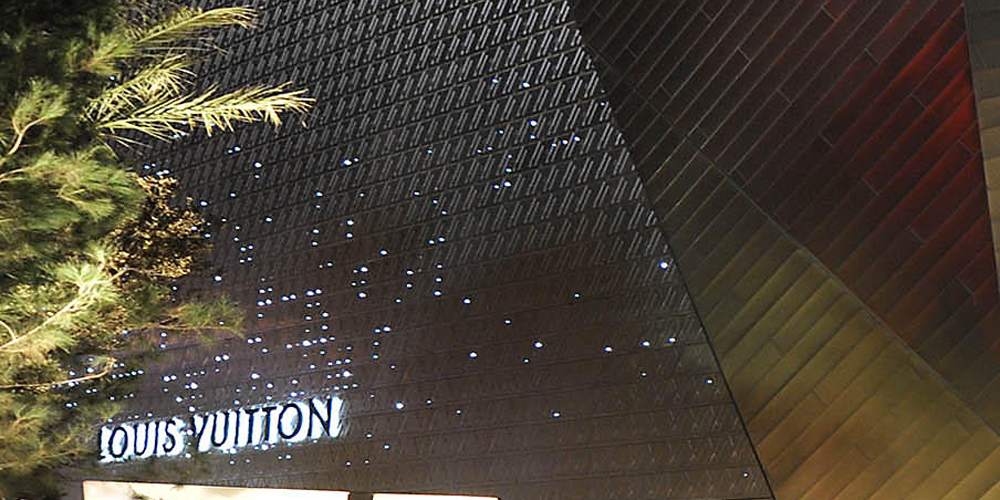 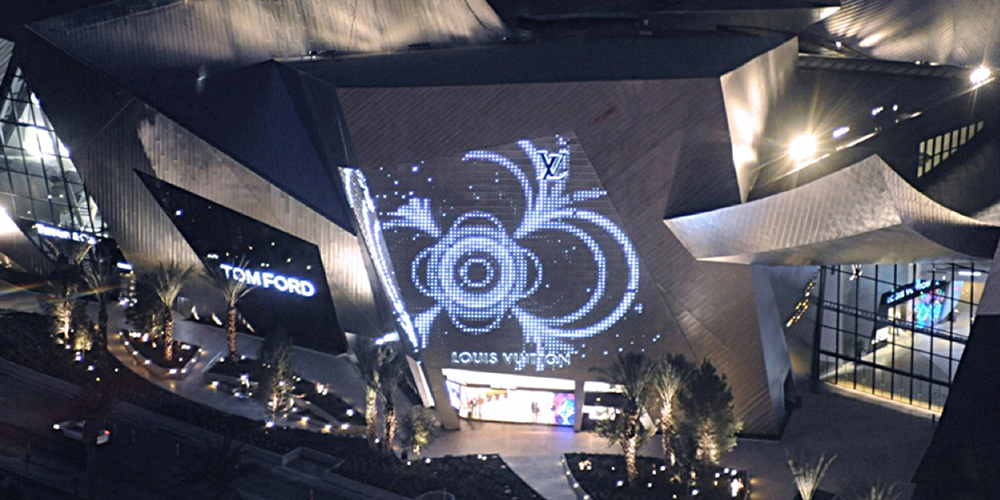 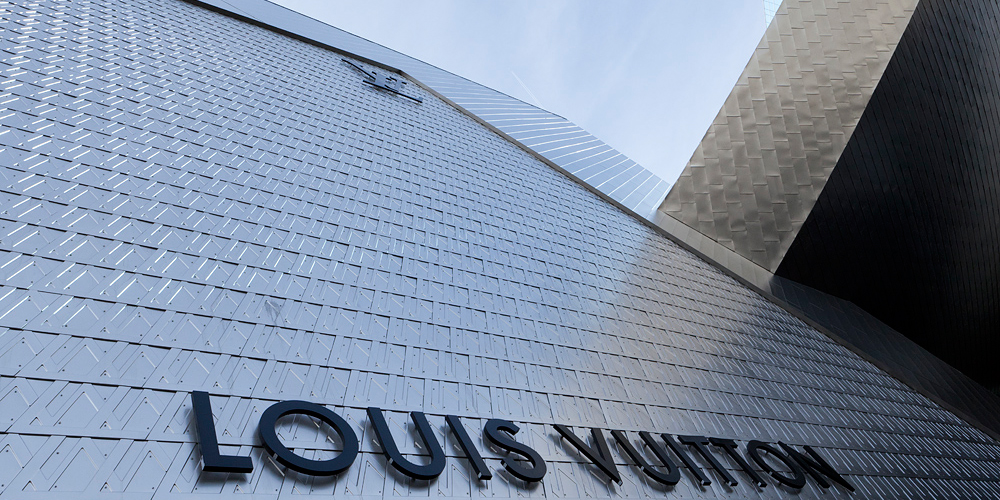