Opened in May 2006, the 52-story, 1.7-million-square-foot 7 World Trade Center is the first LEED certified office building to be constructed in New York City. The lower seven floors of the south and north facades of the building are illuminated with an LED lighting system that glows white & Blue at night. As people wander the pavement in front of the building a specialized camera system developed by Kinecity interprets their movements and changes the LEDs accordingly. The result is a kinetic work of art where 7- story tall blue bands of light sweep across a white field on the building; a fusion of architecture and the people who interact with it.

A unique element of the building is that it stands on the site of a Con-Edison Substation that supplies most of Lower Manhattan. The first 10 stories of the building accommodat the transformers and switches of the substation. To allow for cooling, the outer curtain walls of this part of the building consist of screens to allow air movement. When the LED system was designed, only two companies in the United States had the capability to compete for such a large project. Of these two, only KiboWorks had the knowledge and experience to provide the custom engineering and design needed for this unique concept.

The transformers in the station produce heat, so each fixture had to be able to withstand temperatures up to 220 degrees Celsius. Also, the 60-Hz, AC electrical field, high voltage arcs and resulting RF generated by the electrical equipment in the station would play havoc with the digital signalling of the LED control system unless extensive electronic shielding was incorporated. 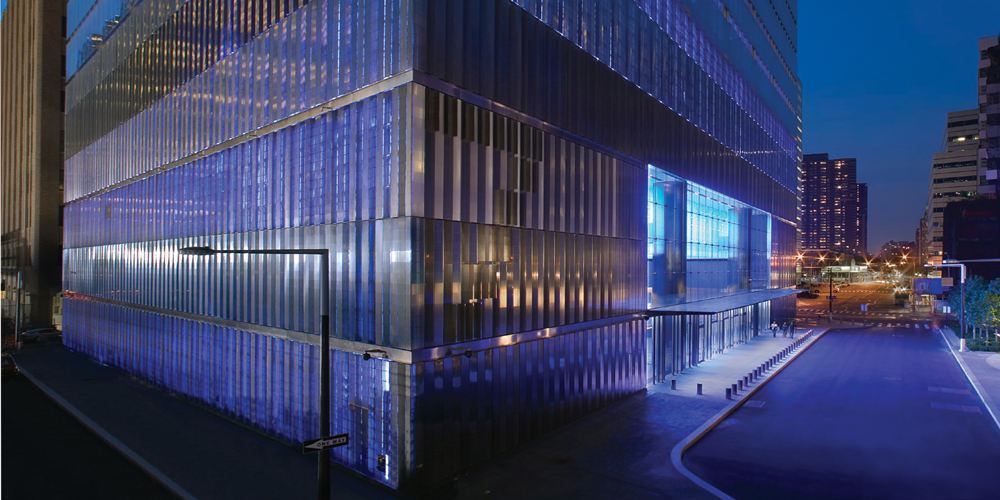 7 WTC | Built to be Noticed

LEDs integrated within an 80ft high architectural screen wall create visual interest at the base of 7 World Trade Center in New York City. The project required more than 200,000 white and blue LEDs in 7,000 ft of fixtures. 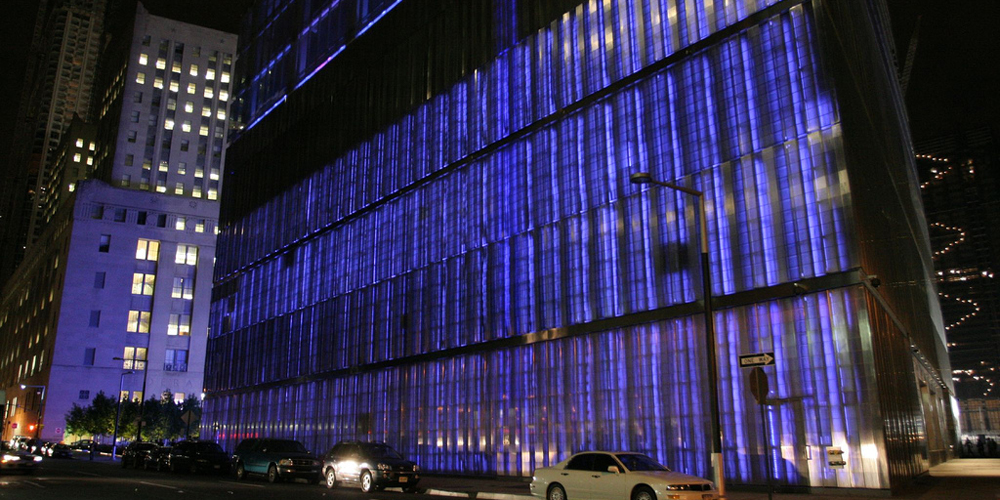 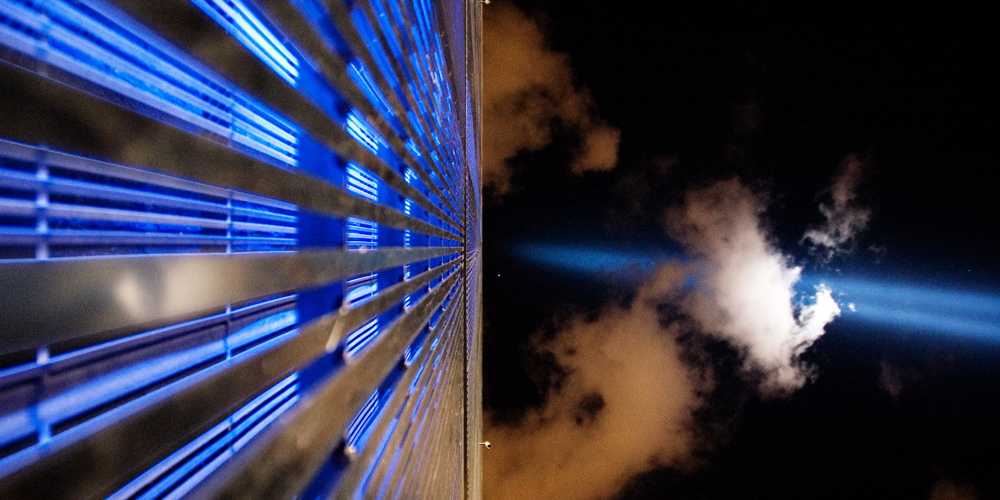 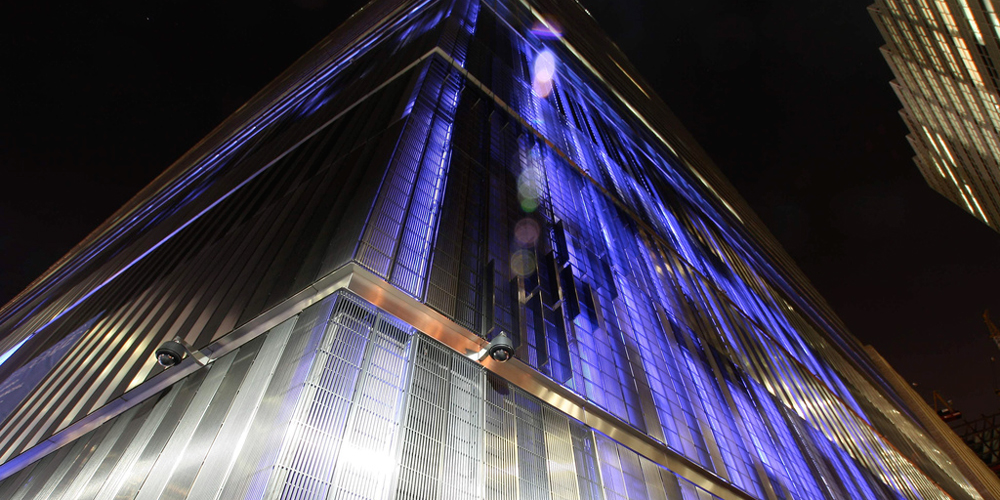 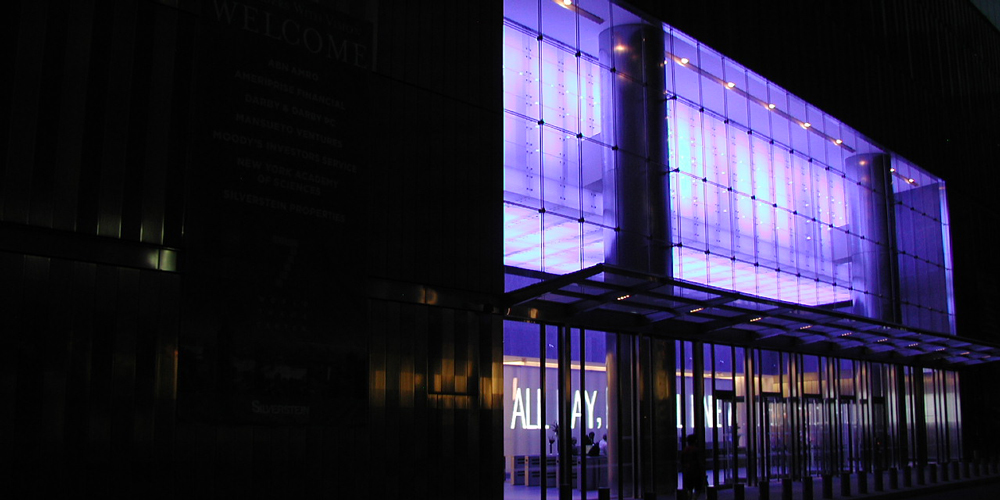 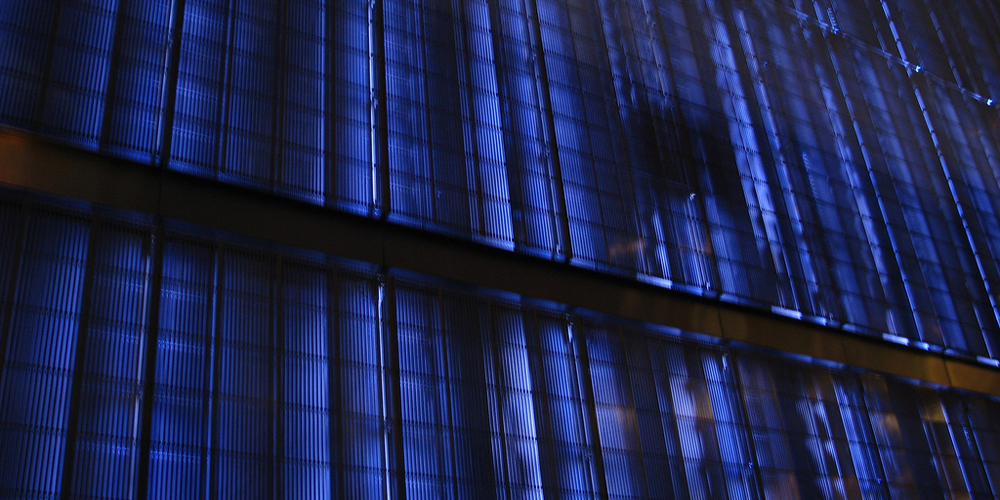